10 Things That Surprised Me About Wellington 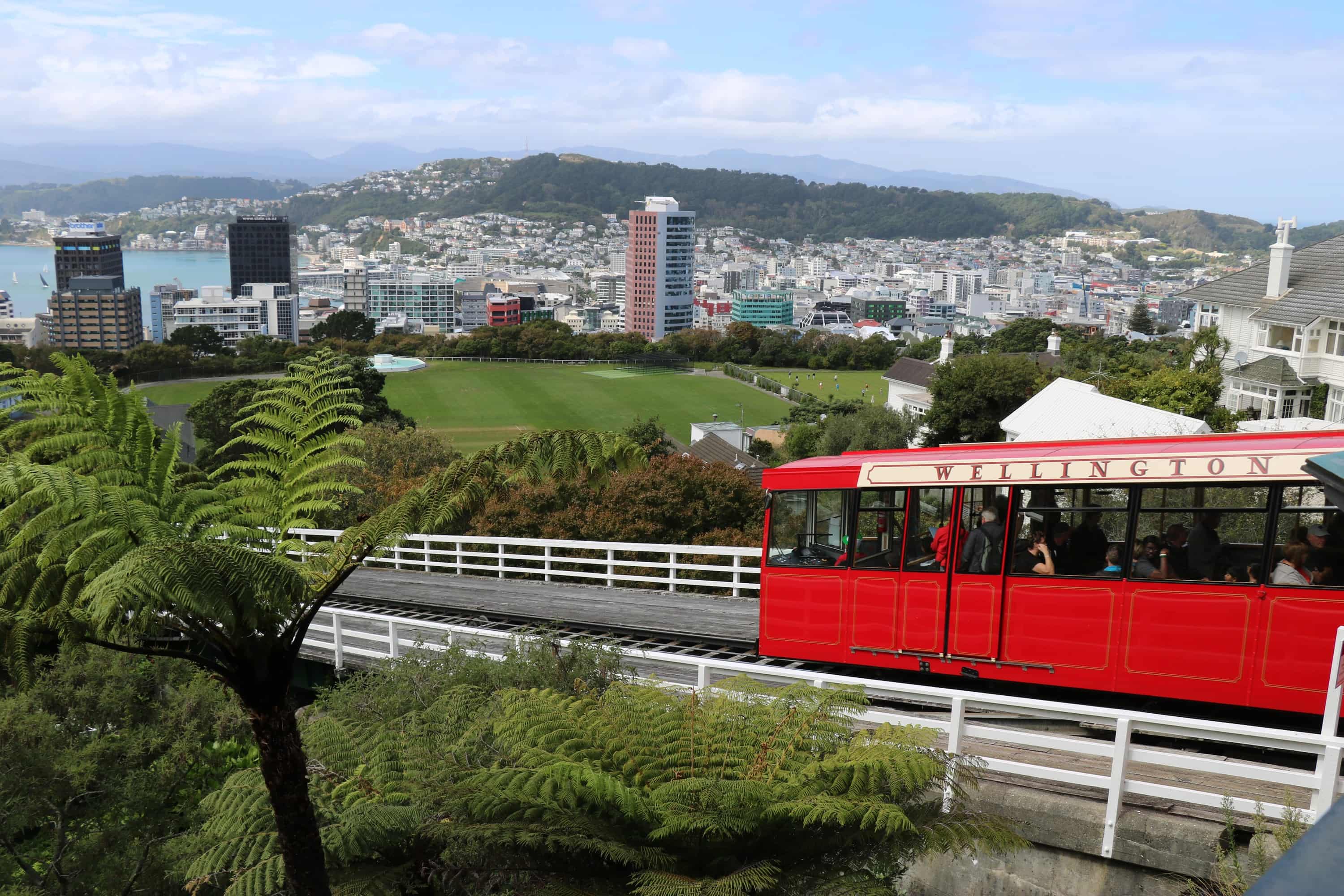 Wellington completely surprises. Being so close to New Zealand at home in Sydney, I’m ashamed to admit that I’ve only visited the land of the long white cloud twice and on both occasions, I only touched the South Island. So, when the opportunity arose to head to the New Zealand capital for four days to support my friend Tegan in the NZ Fringe Festival (you can check out more about her show Miley, Moon Unit & Me here) I jumped at the chance to pay a visit to old Windy Wellington.

OK, so maybe it is a little skewed because I’m here for NZ Fringe, but I am completely blown away by the variety of creative pursuits around every corner. There are buskers livening up Cuba Street with their music, there are performers handing out fliers for their shows, there are knitted flowers adorning the benches around the city. There is even a big drag king scene here in Wellington, which is far rarer than a bustling drag queen scene – although they have that too. 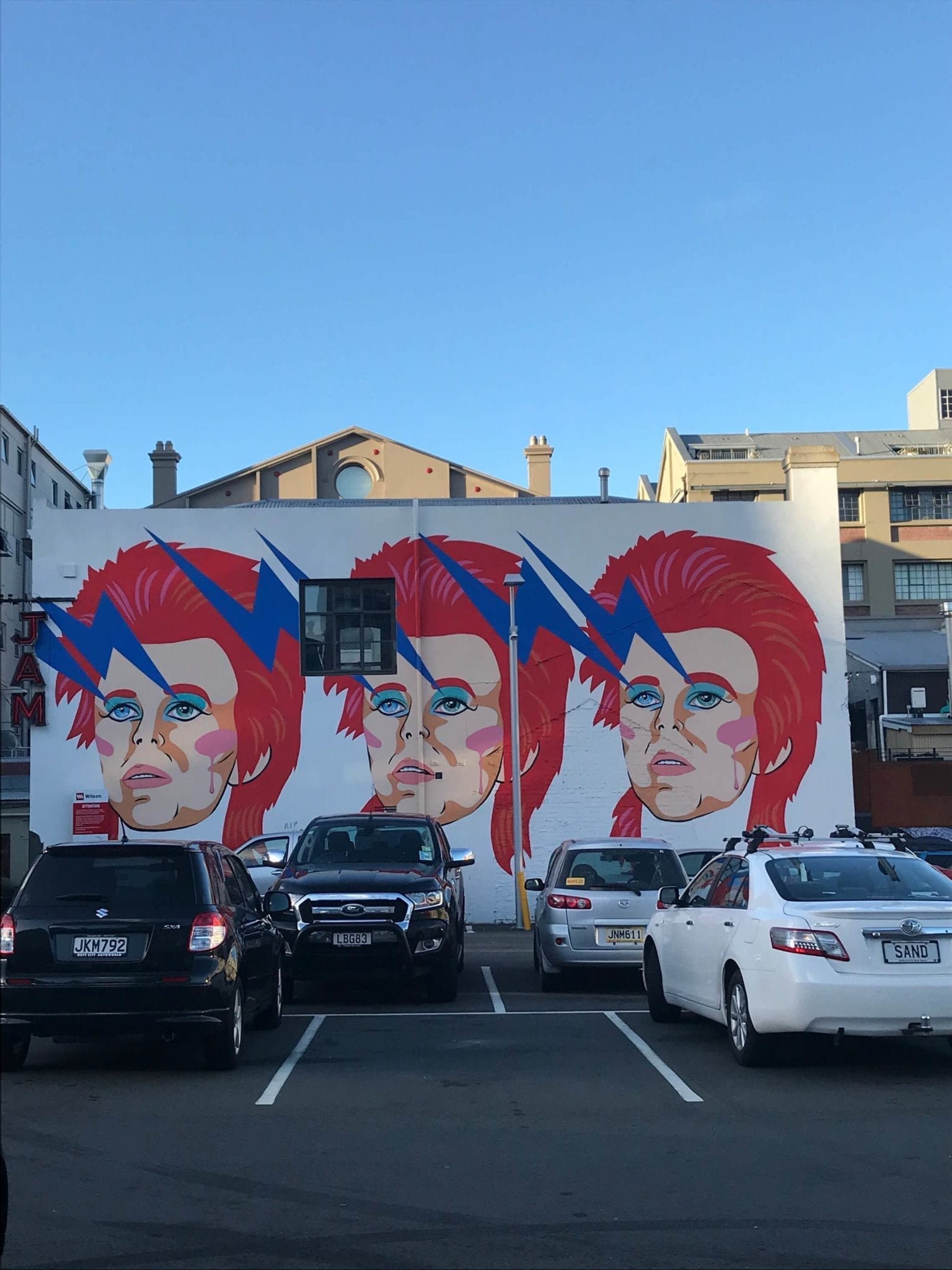 Beer lovers rejoice – Wellington is full of new and funky beers to try. Beer is such a big thing here that there is even a beer trail map with two different beer routes around the city for tastings galore. What is equally awesome is that a lot of the restaurants around town are serving up local brews, rather than the mass-produced mainstream stuff, so these little boutique brewers have a huge presence here. Some favourite brands to try are: ParrotDog, Garage Project and Fork & Brewer. 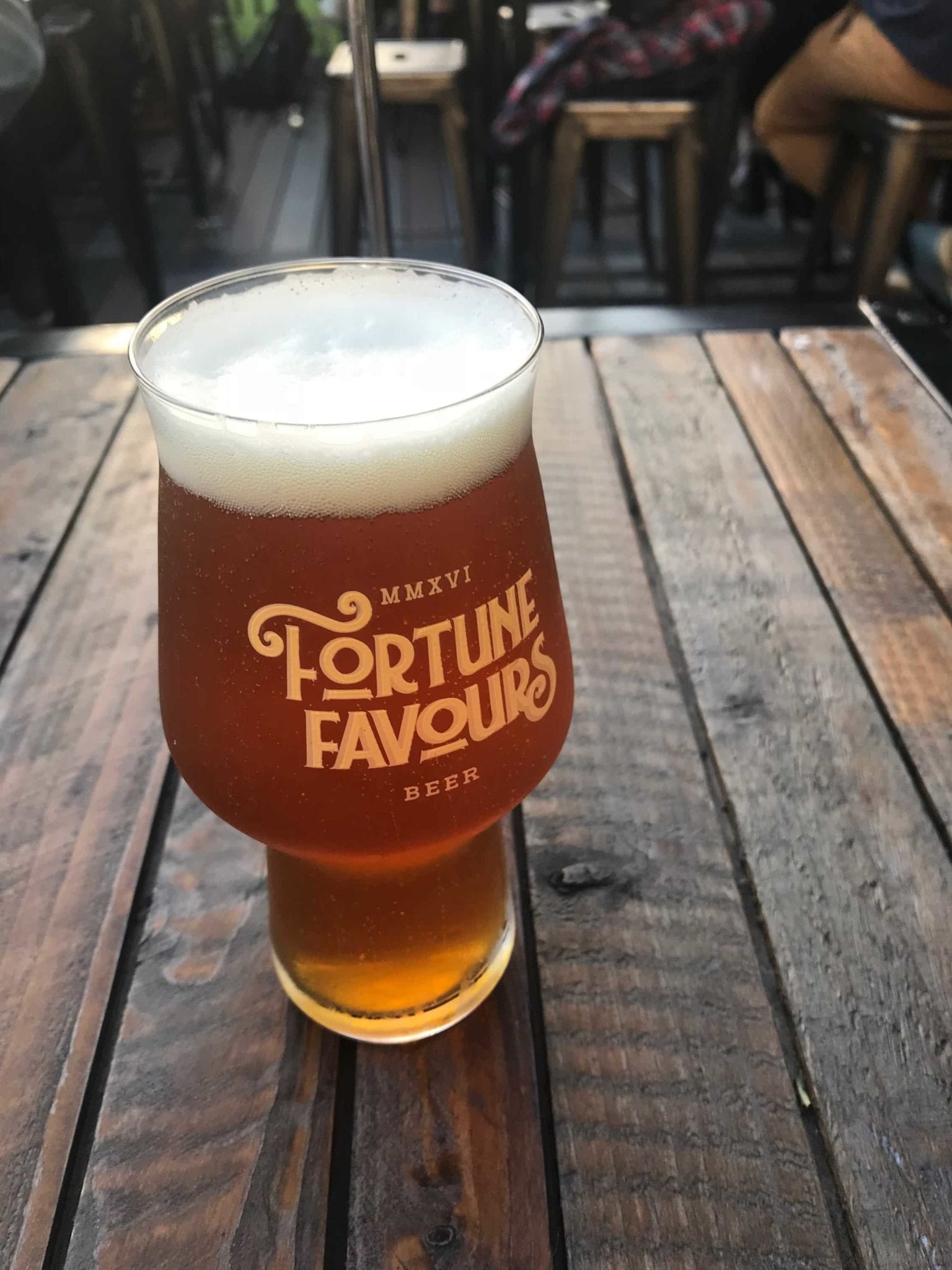 Te Papa museum is home to some stellar exhibits including fascinating Maori history and artefacts, so it is hard to call out just one exhibit. But, the WW1 installation at this museum is by far and away the most affecting and emotional attempt of capturing the futility of war that I have visited. Informational rooms are separated by alcoves with giant sized and incredibly lifelike sculptures of soldiers at war. These soldiers are so real that the sweat on their brows is visible and the hair on the back of their hands moves as people walk by. These sculptures tell a human story, one that can often be overlook in favour of statistics or explanations of military strategy.

One of the enormous sculptures in the WW1 exhibit.

Being from Melbourne originally, I never thought I’d say that anywhere I visited would give the coffee capital of the world a run for its money when it comes to great coffee. BUT Wellington is definitely right up there. No matter what your coffee preference, this NZ city totally embraces café culture with mornings seeing locals lining up at their favourite joint for a cup of java. Some favourite cafés to check out are Memphis Belle, Mojo Coffee and the Flight Coffee Hangar. 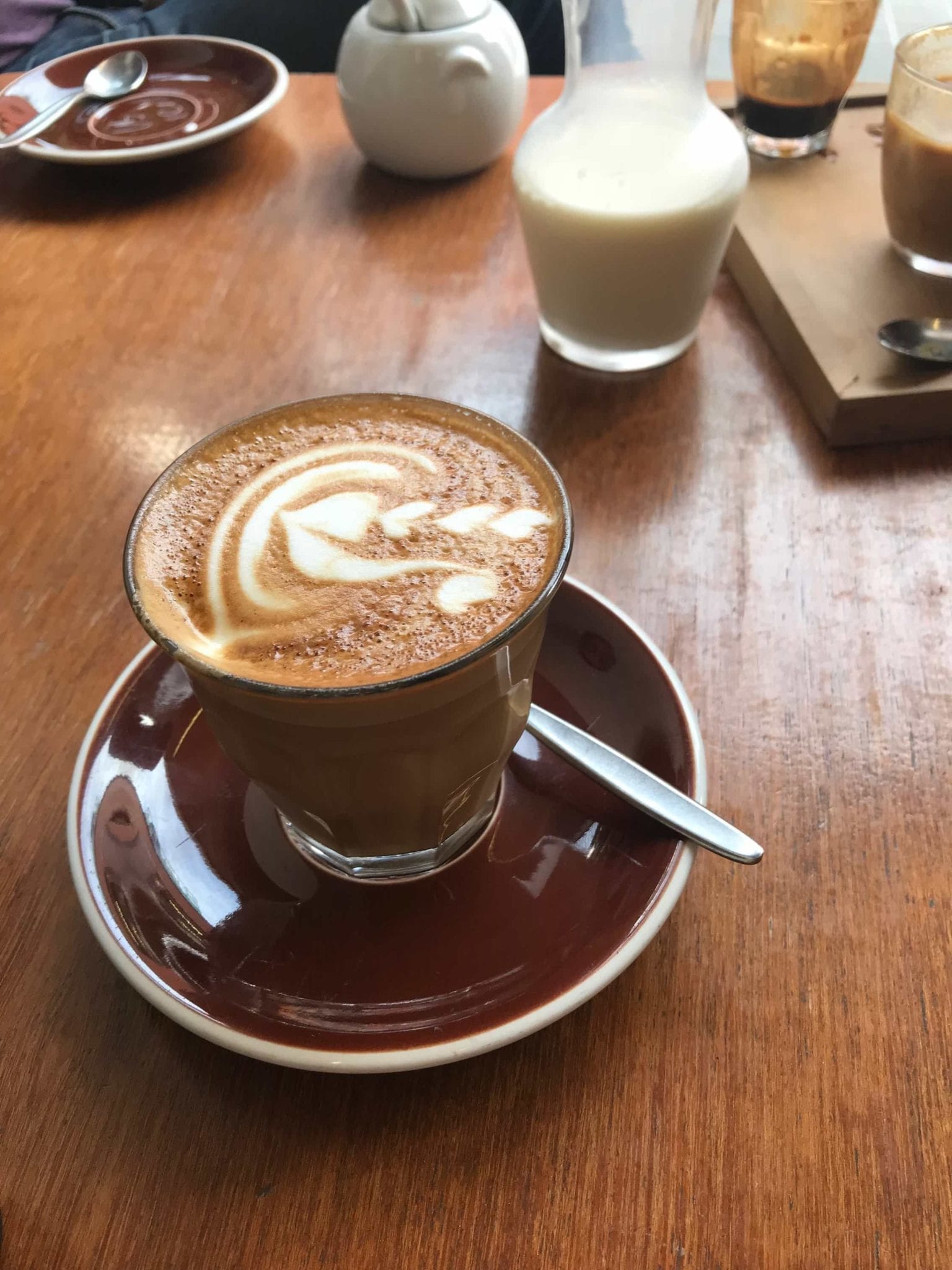 Another cup of joe to start the day

Looking for a Lord of the Rings fix? Well the home of the Elves, Rivendell is less than an hour’s drive from Wellington. Although the set was removed after filming, the national park where the set once existed is a super beautiful place and if you are very lucky then you might find the one remaining Elvish gate welcoming visitors to Rivendell. There’s also an awesome swing bridge that stretches over the river to connect the two sides of the park. 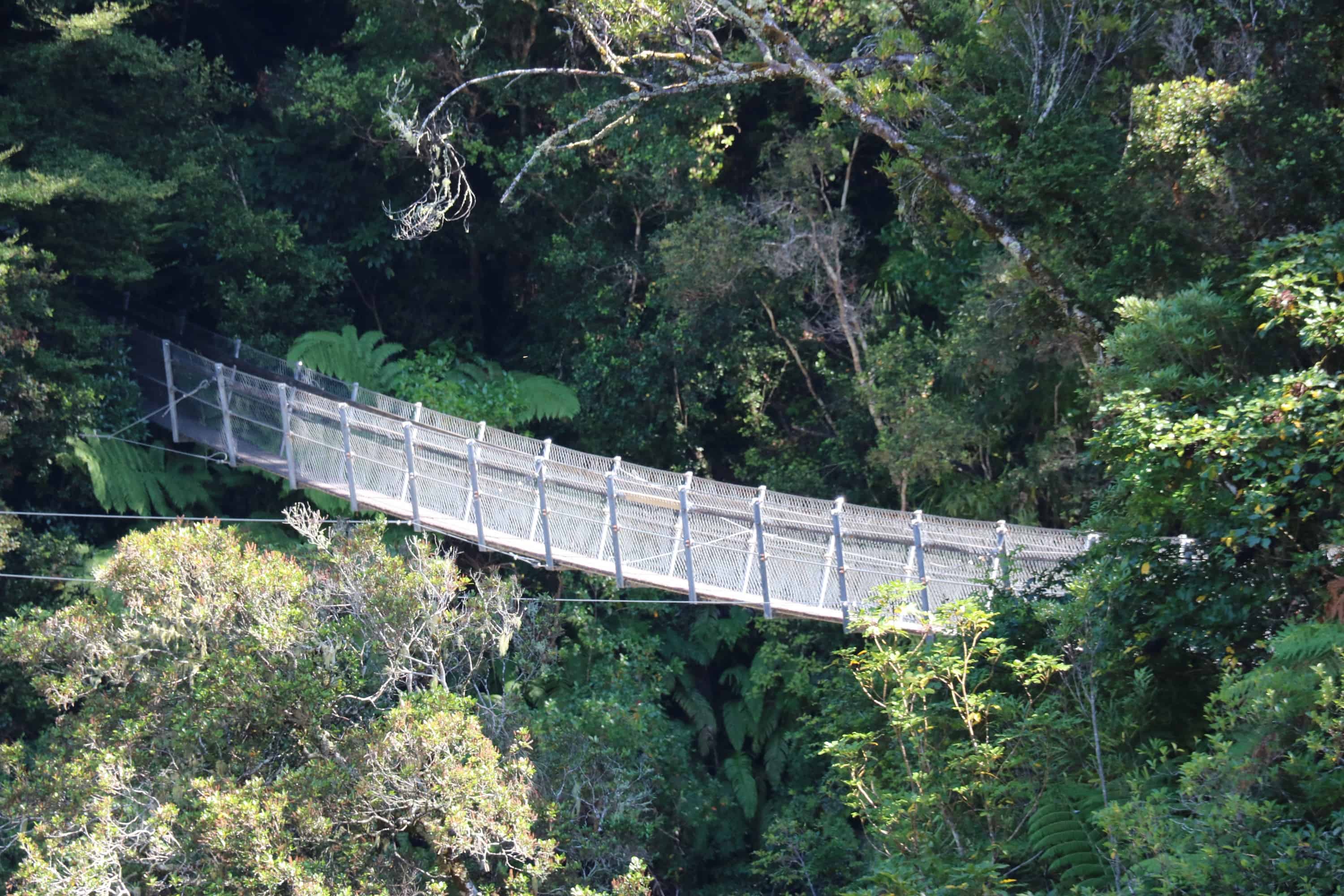 The swing bridge high amongst the forest

Now, this shouldn’t be a surprise given that New Zealand is one of the most progressive countries in the world. They were one of the first to give women the vote and one of the first to legalise same sex marriage (whereas us Aussies have only just arrived at this point). Wellington, for the city’s size, has a thriving LGBTQI scene including gay bars and drag king and queen performances.

Just like the peak tram in Hong Kong, New Zealand has its own red rattler transporting people up to the top of the mountain. Whilst the skyline isn’t full of skyscrapers like the Victoria Peak lookout, there’s still a lot of history in this little cable way that has been running since 1902. When you get to the top, take a walk through the Botanic Gardens as they’re a lovely spot to relax, see some interesting plants and read a book in the sun.

The red rattler of Wellington

Diversity seems to be the key to Wellington’s awesome vibe and the food of the city definitely represents this. Pretty much every cuisine imaginable exists here and you can sample quite a lot of these by wandering through the night markets just off Cuba Street where street vendors peddle their cuisines. For a sit down meal, Little Penang serves up authentic nonya cuisine that takes me right back to my days eating hawker food in Georgetown and Mr Go’s gives you a more high end, experimental version of street food that is just so good our table ended up with second helpings of just about everything. 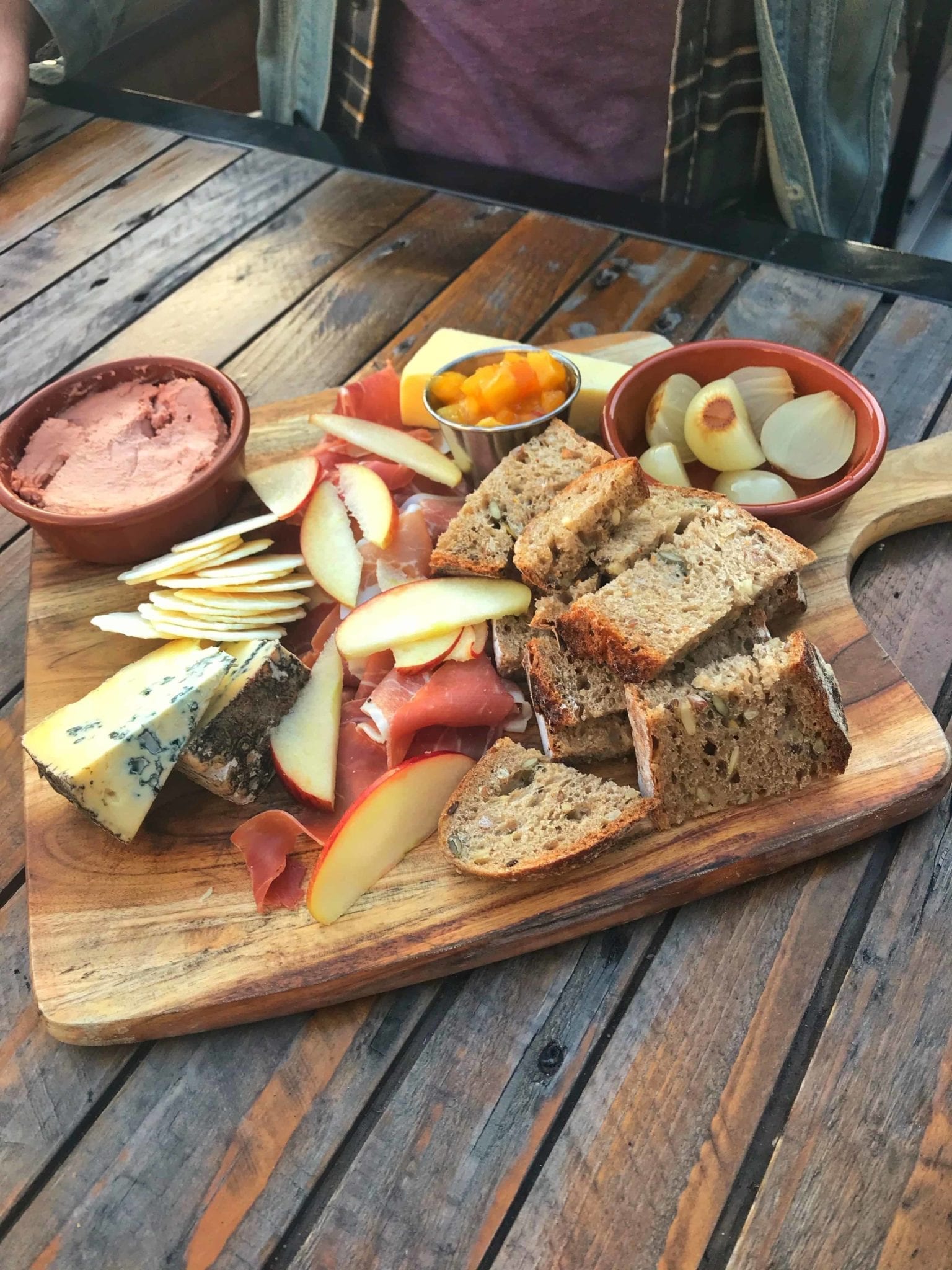 Having been in San Francisco fairly recently, I was surprised to notice some real similarities between the West Coast US city and Wellington’s house designs. The houses here have that same painted weatherboard look and are littered throughout the hills, poking their coloured exteriors through the green of the trees. I guess, also similarly, both cities are centred around a sheltered bay area and are foodie regions, so maybe there’s more similarities than just housing! 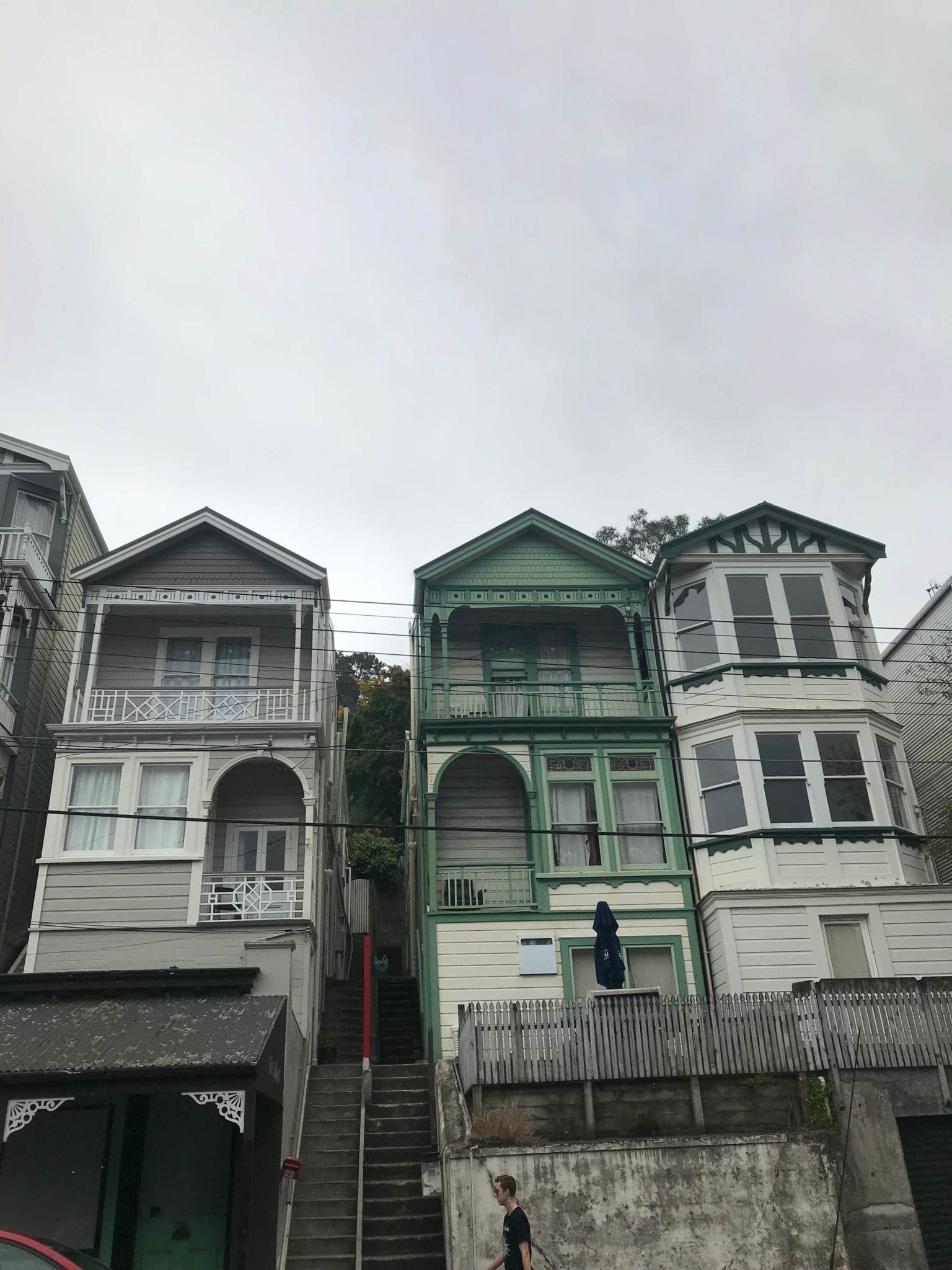 Wellington’s version of the Painted Ladies

My AirBnB in Northland was an utter delight, in particular for the spectacular colour show put on every morning and evening through the bay window of the top floor bedroom. Although a bit of a walk into town (or a short Uber), the views and relaxed vibe from the hills are definitely worth the short distance. If you’re not yet using AirBnB, you can get $55 in travel credit when you sign up here. 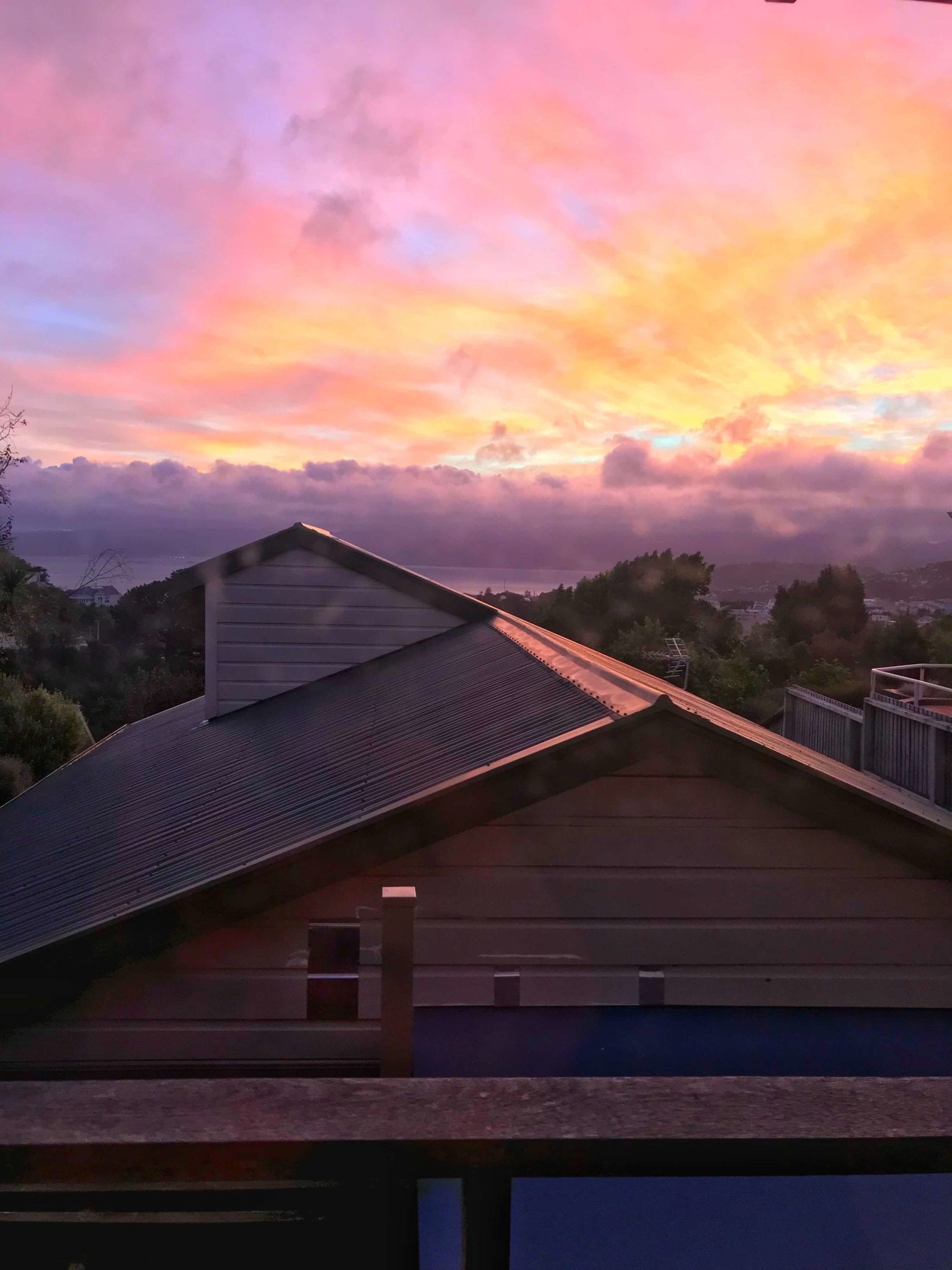 A Wellington sunrise from my AirBnB 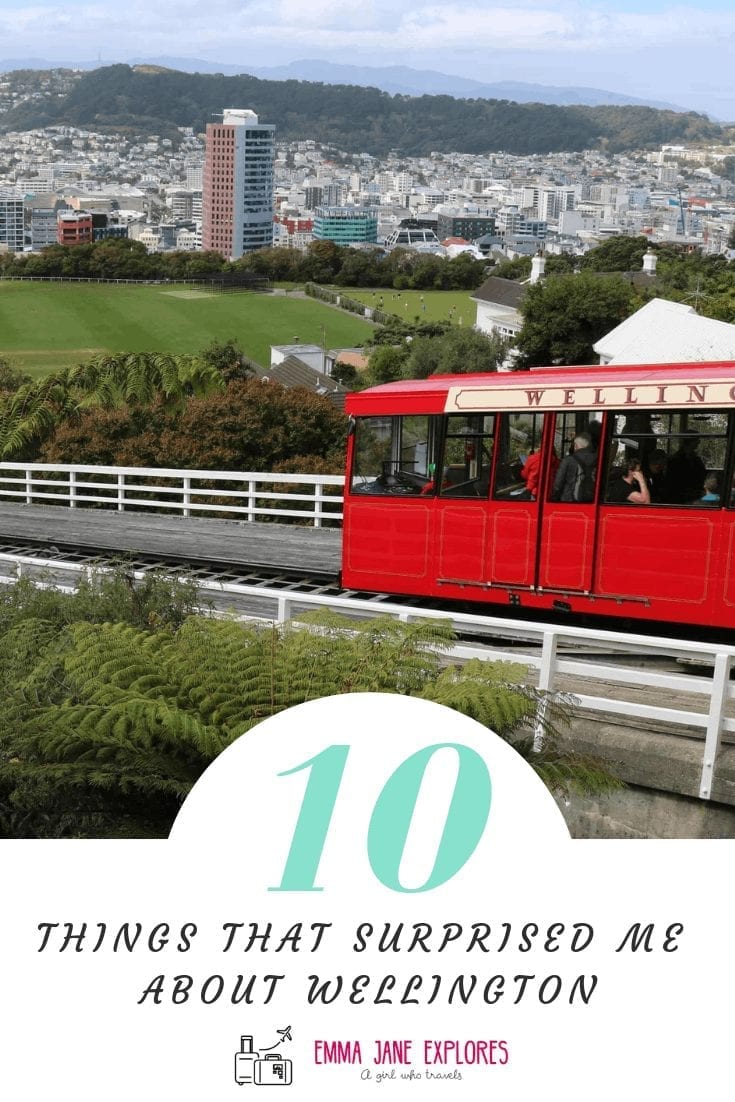 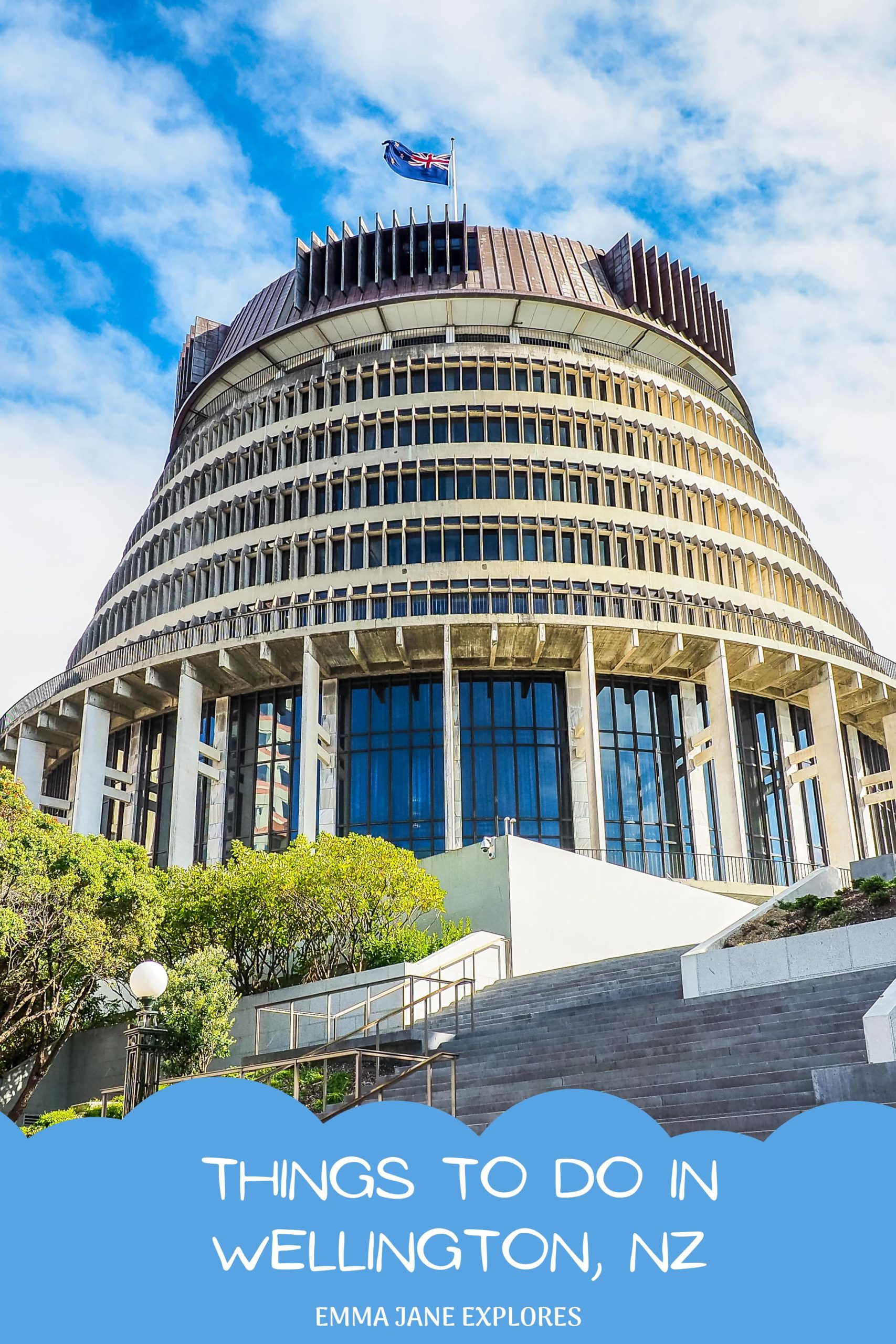 The Best Things To Do In Queenstown, New Zealand

The Best National Parks to Visit in Africa, Asia and Oceania

A collection of the best National Parks in the world located in Africa, Oceania and Asia as compiled by a group of amazing travel bloggers.